ANGOLA
Angola will be hoping to make history when they compete at the 2019 COSAFA Men’s Under-20 Championships.

The country has never tasted success in the junior version of the regional championship, this despite some excellent success in the COSAFA Cup senior competition.

After finishing fourth in 2016, Angola disappointed by their own high standards in 2017 when they picked up just a single point from their three games to finish bottom of Group C.

They finished third last year, reaching the semifinals as runners-up in Group C, but then lost 1-0 to eventual winners South Africa in the semifinals.

The team claimed the bronze medal though with a 2-1 success over home side Zambia.

Angola have always been known as a fine producer of young talent, many of whom make their way to Portugal and other parts of Europe.

BOTSWANA
The Young Zebras made a return to the COSAFA Men’s Under-20 Championships last year after missing the tournament in 2017 and still seek a first ever trip to the final.

Botswana’s best finishes in this competition came in 2009 and 2011 when they managed third place.

First they beat Madagascar 3-2 on penalties after a 0-0 draw in the bronze-medal play-off in 2009. The Young Zebras had made it through their pool but lost 3-0 to South Africa in the semifinals.

They then hosted in 2011 and this time lost to Zambia in the semifinals before beating Malawi to bronze.

In 2016 the side lost all three of their pool games without scoring a goal, while last year they claimed four points from three games with a victory over Lesotho, a draw with Angola and defeat to Zimbabwe.

COMOROS ISLANDS
Comoros Islands will compete at the COSAFA Men’s Under-20 Championship for the first time since 2016, and celebrate 12 years since their debut at this age-group level.

The team debuted in 2007 when they exited in the first round, and were set to return in 2009, but withdrew from the event.

It was a similar story in 2010 when the side did not participate, and it was only in 2016 when they made their return to the competition.

They have not featured since and the island nation, who have been rapidly improving at senior national team level, make a welcome return to the fold.

ESWATINI
Eswatini will be hoping to make a big impression at this year’s COSAFA Men’s Under-20 Championships having exited the competition in the first round for the last 13 tournaments.

In fact, they did not win a match at the COSAFA Under-20 Championships between 2004 and 2016, a record they finally put right when they beat Botswana 2-0 three years ago.

That was still not enough to advance to the knockout stages though as they suffered defeats to South Africa and Lesotho later on in the competition.

They also did not manage a win in 2017, with a draw against East African guest nation Uganda sandwiched by defeats to Malawi and hosts Zambia.

It was a similar story last year when they played in a shortened three-team group, but successive 4-0 losses to Mauritius and South Africa saw them exit in the first round. 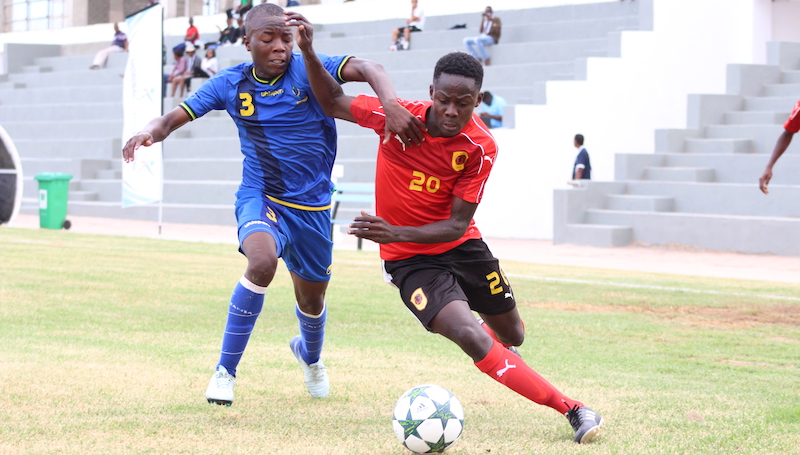 LESOTHO
Lesotho’s Under-20 side have in the recent past been star performers in the COSAFA region having qualified for the African Youth Championships in 2011, just their second ever appearance at the tournament.

And they did not disgrace themselves at the continental showpiece event in South Africa either, claiming a draw against eventual semifinalists Mali and losing narrowly to South Africa and Egypt.

Lesotho narrowly missed out on the knockout stages in the 2016 COSAFA Under-20 Championships after two wins and a loss in the pool phase meant they finished second in their group.

But they did much better in 2017, topping Group C and beating East African guest nation Uganda in the semifinals, before narrowly going down 2-1 to South Africa in the decider.

They found the going tougher in 2018 when they managed just a point from their three games after losses to Zimbabwe and Botswana, having opened with a draw against Angola.

Lesotho have also made the final of the COSAFA Under-20 Championships before, in 2005, when they lost 1-0 to Madagascar.

MADAGASCAR
Madagascar are previous winners of the COSAFA Men’s Under-20 Championships, one of only four nations to lift the trophy, but have not competed in recent years.

They beat Lesotho 1-0 in the final in 2005, joining Zambia, South Africa and Zimbabwe as past winners, in what is also their only previous final.

They will appear in the competition for the first time in six years, having last played in 2013 when they lost both games in a three-team Group B in the first round, going down to Angola (1-5) and Mozambique (0-6).

They had a three-team pool in 2010, which started with a thumping 5-0 success over Seychelles and was followed by a 2-0 win over Mozambique.
That meant a semifinal with Namibia, which was lost, before the team went down 3-1 to Zimbabwe in the bronze-medal match.

The side also made the third-place play-off in 2009, but lost on penalties to nemesis Zimbabwe after they had been beaten 4-0 by Zambia in the semifinals.
They did win the bronze medal in 2007 though as they defeated Namibia 2-1 in the play-off.

They edged Zambia on penalties in the semifinals after a 1-1 draw, before Rajaonison Tojoniaina got the only goal of the game in the 70th minute as they beat Lesotho in the decider.

MALAWI
Malawi finished a credible fourth in the COSAFA Men’s Under-20 Championships tournament in Botswana in 2011 having not played in the previous two installments of the competition, and then did not appear again in 2013.

They returned in 2016, but could not make it past the first round as a draw and a loss meant they finished second in their three-team pool.

They came closer in 2017, gaining five points, but missing out on top spot in their pool on goal-difference to Uganda.

There was more frustration last year as the side finished bottom of their pool with just a single point from three games after losses to Zambia and Central African guest nation DR Congo, and a draw with Mozambique.

Malawi have yet to win the regional showpiece competition but did reach the final in 2003 when they lost out to Zambia in the decider.

The side last made it out of their group eight years ago but lost 4-2 to Angola in the semifinals and were then beaten 1-0 by hosts Botswana in the third-place play-off.

MAURITIUS
Mauritius will seek to show their potential at this age group level after mixed performances in recent years as they compete at the 2019 COSAFA Men’s Under-20 Championships.

Having taken just a single point from six matches in the two tournaments before the 2016 showpiece event, they came within a whisker of reaching the knockout stages three years ago.

They needed to beat Angola in their final pool game to advance, but were held to a 1-1 draw to end the campaign unbeaten with a win and two draws, their best showing to date in the competition.

But that was followed by disappointment in 2017 when they lost all three of their games without scoring a goal.

There was an improved showing in 2018 in a shortened three-team pool as a 5-0 loss to South Africa was followed by a 4-0 victory over Eswatini.

In Botswana in 2011, the side also lost all three of their pool matches, conceding 11 goals and scoring none, and two years later claimed a single point from three games. 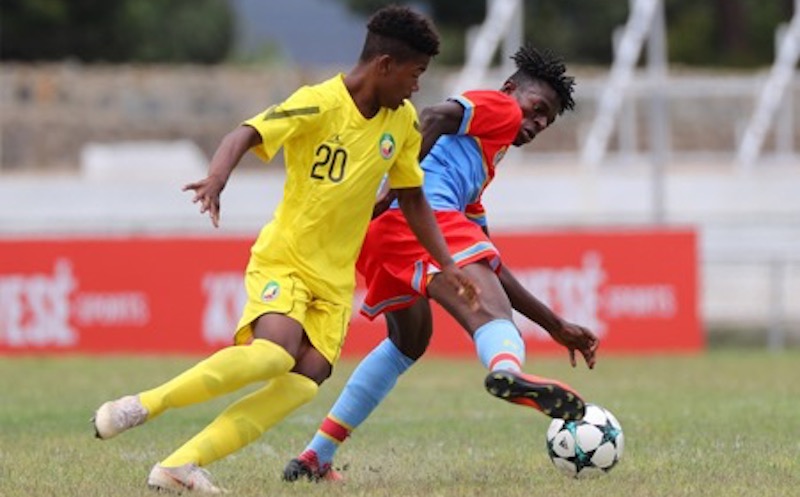 MOZAMBIQUE
Mozambique are still searching for their first-ever COSAFA Men’s Under-20 Championships title having been beaten finalists in 2008.

They lost to then hosts South Africa on that occasion but will be hoping to go one better this time round after disappointingly losing out in the first round of the event in the last seven instalments.

They did narrowly miss the semifinals in Botswana in 2011, the hosts just pipping them on goal-difference in a three-team pool that also included Eswatini.

And in 2016 they finished their three-team pool with two draws and so lost out to Central African guest nation DR Congo for a place in the knockout stages.

In 2017 they returned home early with a single win and two defeats, though they were in a tough pool with eventual champions South Africa and North African guest nation Egypt.

They were unbeaten in 2018 with a victory over DR Congo, and draws with Malawi and Zambia, but there five points were not enough to put them into the next round.

SEYCHELLES
Seychelles’ first appearance in the COSAFA Men’s Under-20 Championships came all the way back in 2000 when losses to Zambia (0-3) and Namibia (1-3) saw them ousted in the opening round.

They returned in 2004, but three heavy losses meant a first-round exit, while the following year they lost all four games in a five-team group.

Three more defeats followed in 2007, but the following year they claimed a first ever win with a 4-2 success over Namibia.

That proved a brief glimmer of hope as they side lost both matches in a shortened pool in 2011, and all three matches in 2013 and 2016.

A major aim for the side this year will be to add to their single victory at this level.

SOUTH AFRICA
South Africa have traditionally been one of the powerhouses in the region in Under-20 football and will be looking to defend the crown they won in Kitwe for the last two years.

They have won the competition eight times in all, with their first title coming in 2000. They also hosted the tournament for 11 consecutive years between 1999 and 2009.

They went all the way to the final on home soil in 2016, playing some scintillating football, but lost out to Zambia in the decider with a 2-1 defeat.

That was seen as a major disappointment, but they atoned for that with a run all the way to the gold medal in 2017.

After topping their pool with a full haul of nine points, ‘Amajita’ edged North African guest nation Egypt 1-0 in the semifinals.

That set up a decider with Lesotho and South African emerged as 2-1 winners to take home the trophy.

They repeated that triumph in 2018, topping their shortened pool with victories over Mauritius and Eswatini, before a 1-0 win over Angola in the semifinals.

That set up a final with old foes Zimbabwe and after the match finished 1-1, South Africa claimed the penalty shoot-out 4-3.

ZAMBIA
Zambia are the most successful nation in the COSAFA Under-20 Championship competition with 11 victories in all, their last win coming in South Africa in 2016.

Zambia were rampant as they stormed through that competition and inflicted a 2-1 defeat on their hosts in the decider.

They went on to claim the African Youth Championships title, and also excelled at the FIFA Under-20 World Cup in South Korea in May last year.

But the side disappointed in the COSAFA Men’s Under-20 Championship on home soil in 2017, bowing out in the first round after a defeat to East African guest nation Uganda was followed by a draw with Malawi and a win over Eswatini.

They did make the semifinals on home soil in 2018 but lost 2-1 to Zimbabwe and were then beaten 2-1 by Angola in the bronze-medal match. They will now seek to extend their record tally of 11 regional titles, three more than South Africa.